In the spring of 1996, my film camera was the admission ticket to the Culpepper & Merriweather Great Combined Circus, a traditional one ring traveling show, which set me on an unexpected, circular path for the next 25 years – at once becoming close to and grappling with this vast morsel of American culture, while at the hand of an ever-changing medium. The circus dwells in a complex space where it is simultaneously a source of spectacle, an historic art form, a nomadic community and way of life – a microcosm of living mythology. In its ordered chaos, the circus offers a portal to a fragile, anachronistic world for the spectators – and also a place of belonging, with its own sense of family, for those who travel along. I am drawn to the notion of the circus as a crossroads for disparate people, performance and life. Though the crowds are growing smaller, Culpepper & Merriweather persists, moving quietly through the countryside and tiny towns west of the Mississippi, arriving each day just after dawn. Twenty-four hours later, the caravan pulls away leaving barely a trace, save some imprints on the ground and in the minds of those who came to see the show.

By resisting only one pictorial style with my expansive collection of portraits, landscapes, and performance imagery, I am celebrating the poetic spirit and kaleidoscopic nature of the circus. Much like Alice getting distracted from her studies and falling into Wonderland, I met Culpepper & Merriweather while in graduate school (California College of the Arts) deeply focused on a conceptual project about identity (quite literally inspired by Lewis Carroll), and was smitten with the timeless charm of the blue and white big top, so I snuck out the backdoor of the Victorian era and followed the arrows to the circus… I have seen much of the American landscape while on the road photographing C&M – California, Montana, Iowa, Colorado, Oklahoma, Texas, New Mexico, Minnesota, Arizona, Nebraska, Washington, Idaho and Kansas. I have also seen the Big Top packed, almost empty, looking brand new and tattered with patches. For the past two decades, personal artistic growth and film photography’s (d)evolution notwithstanding, this Circus has been my Wonderland. 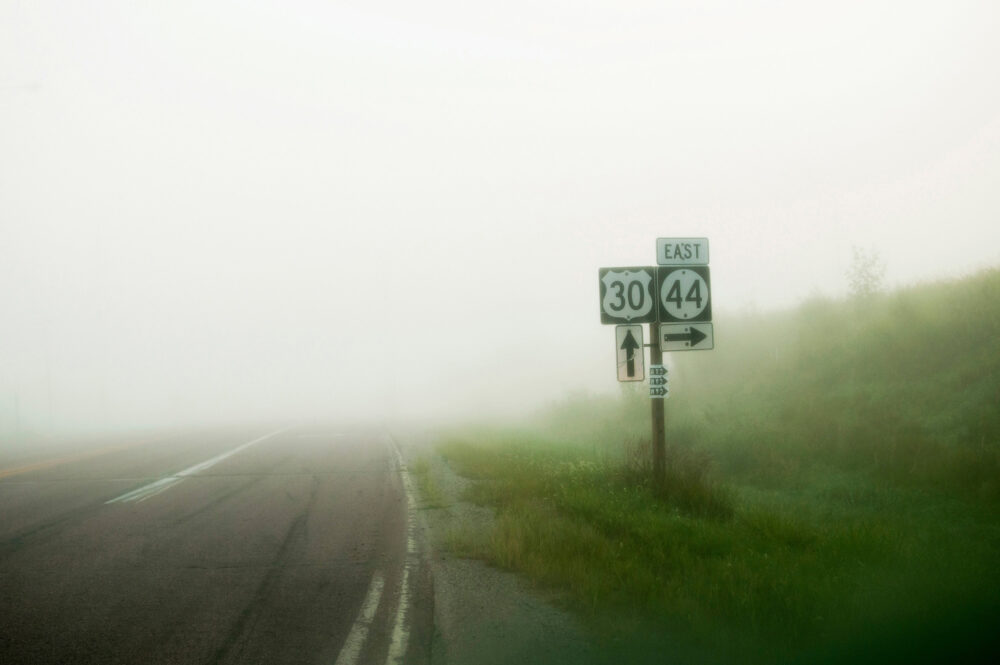 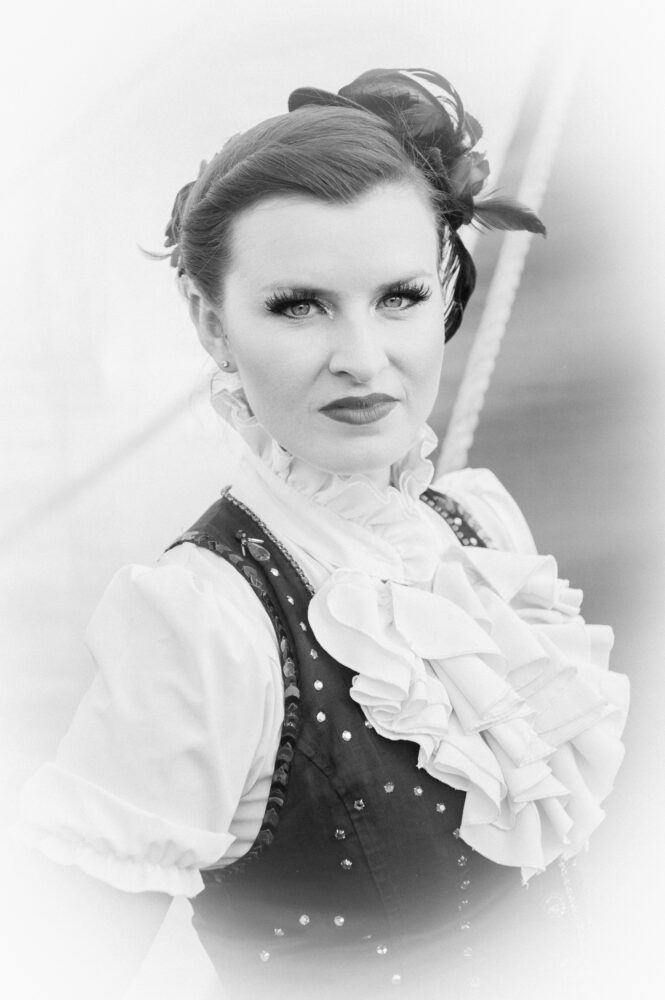 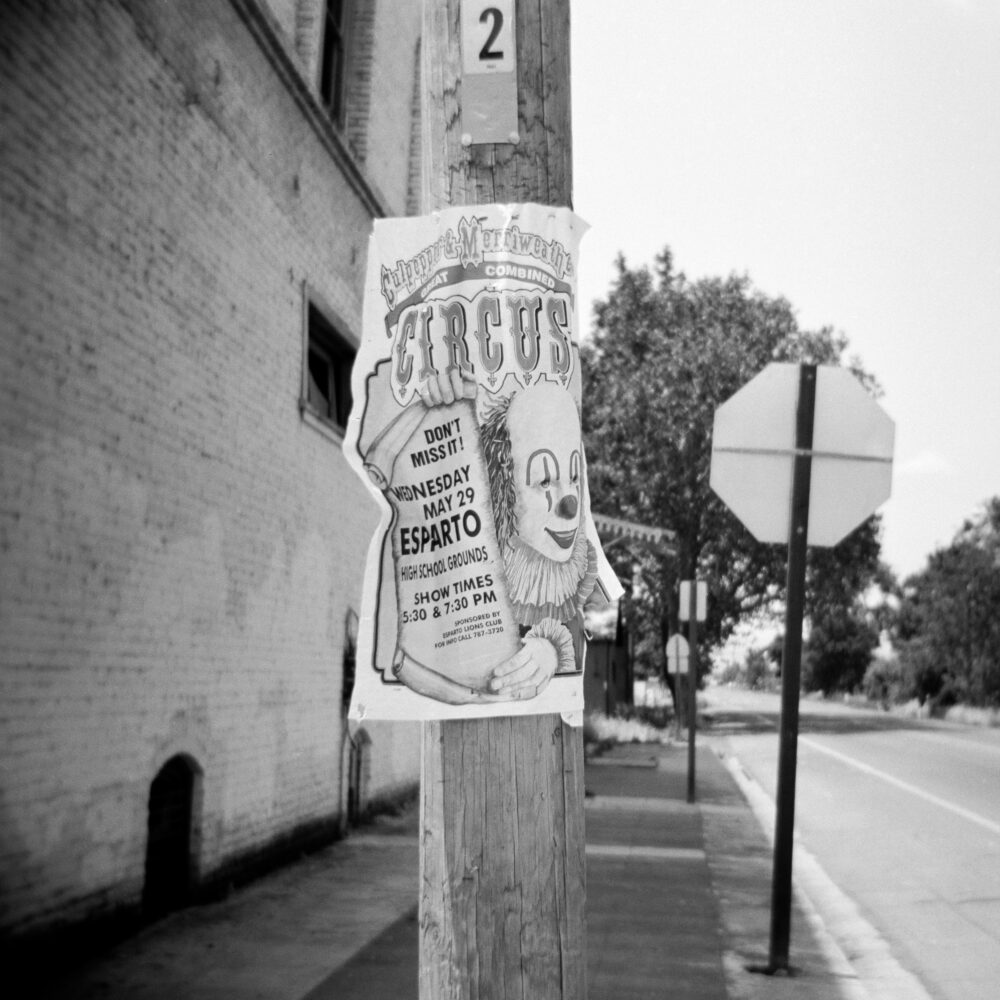 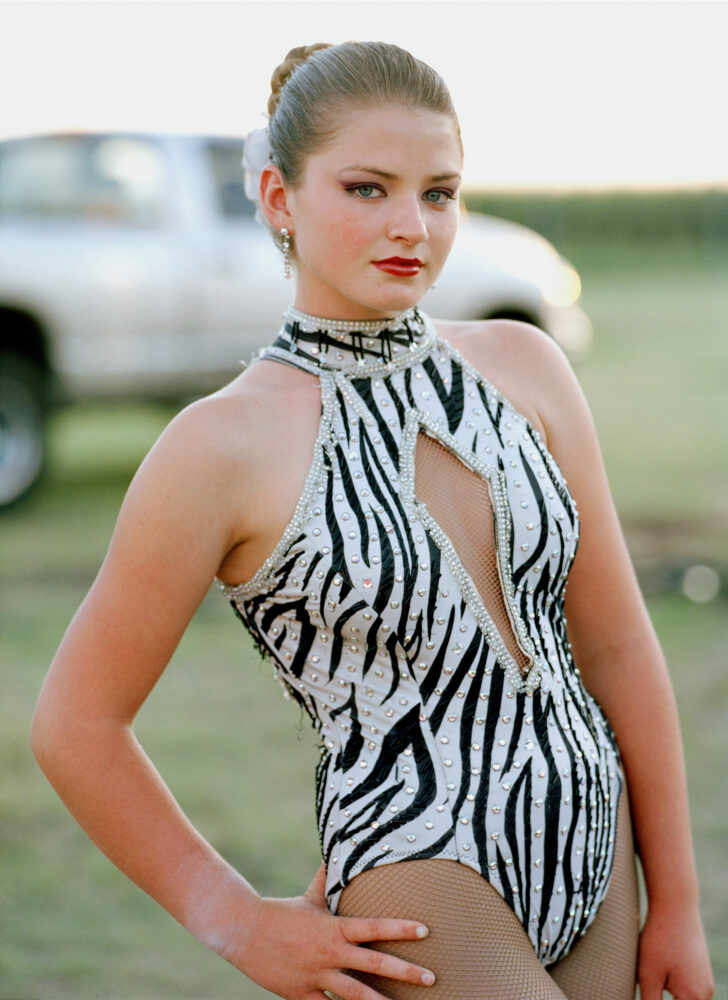 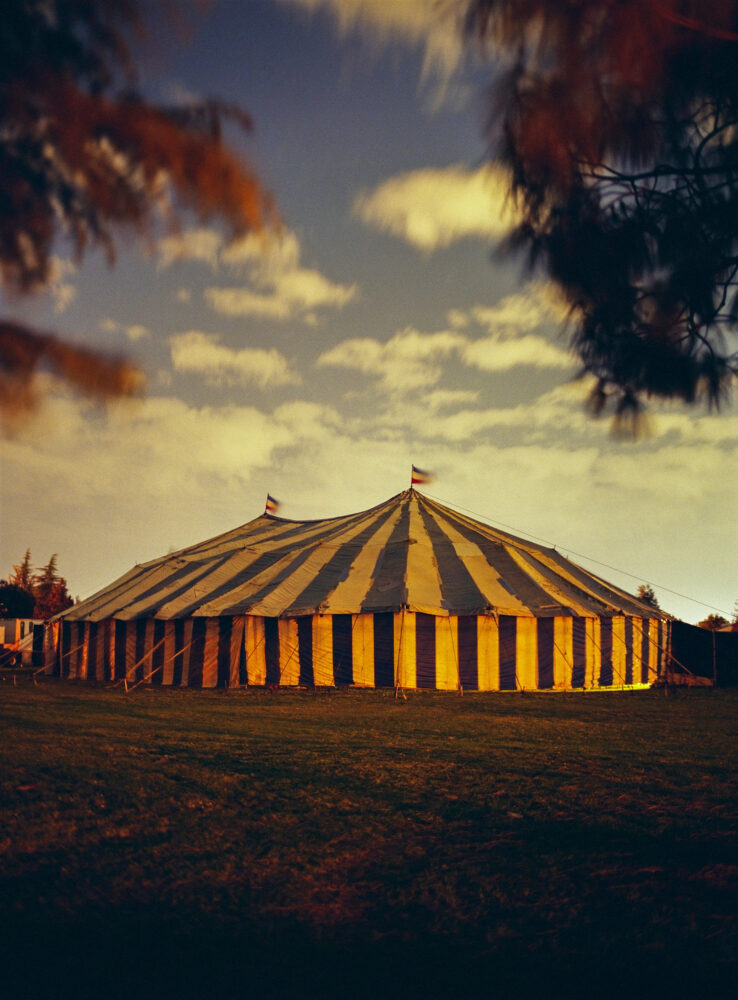 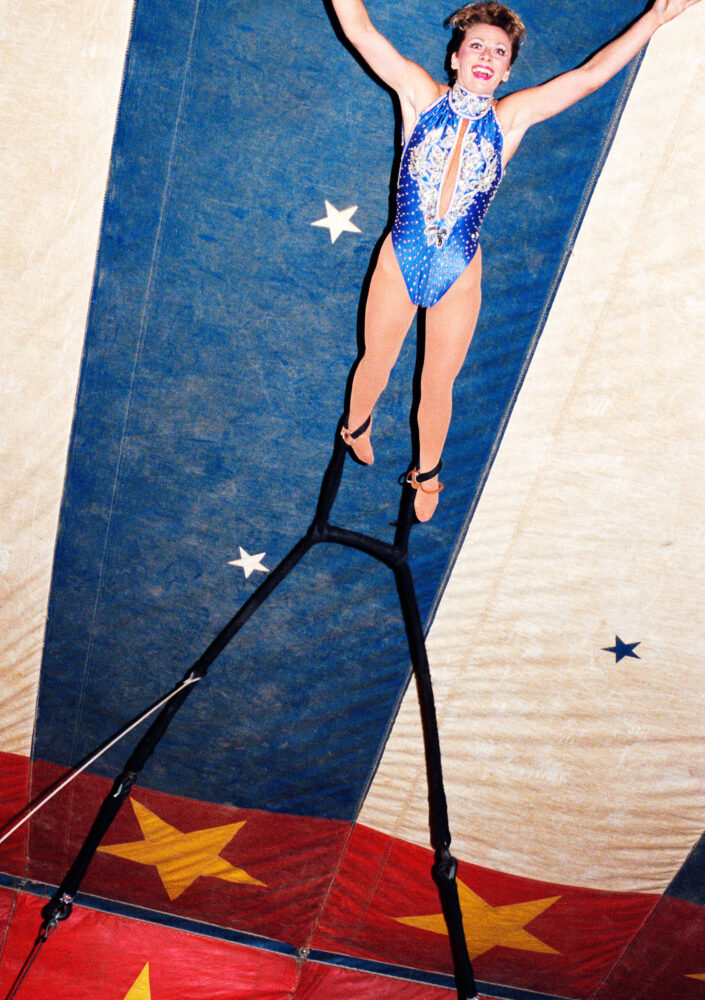 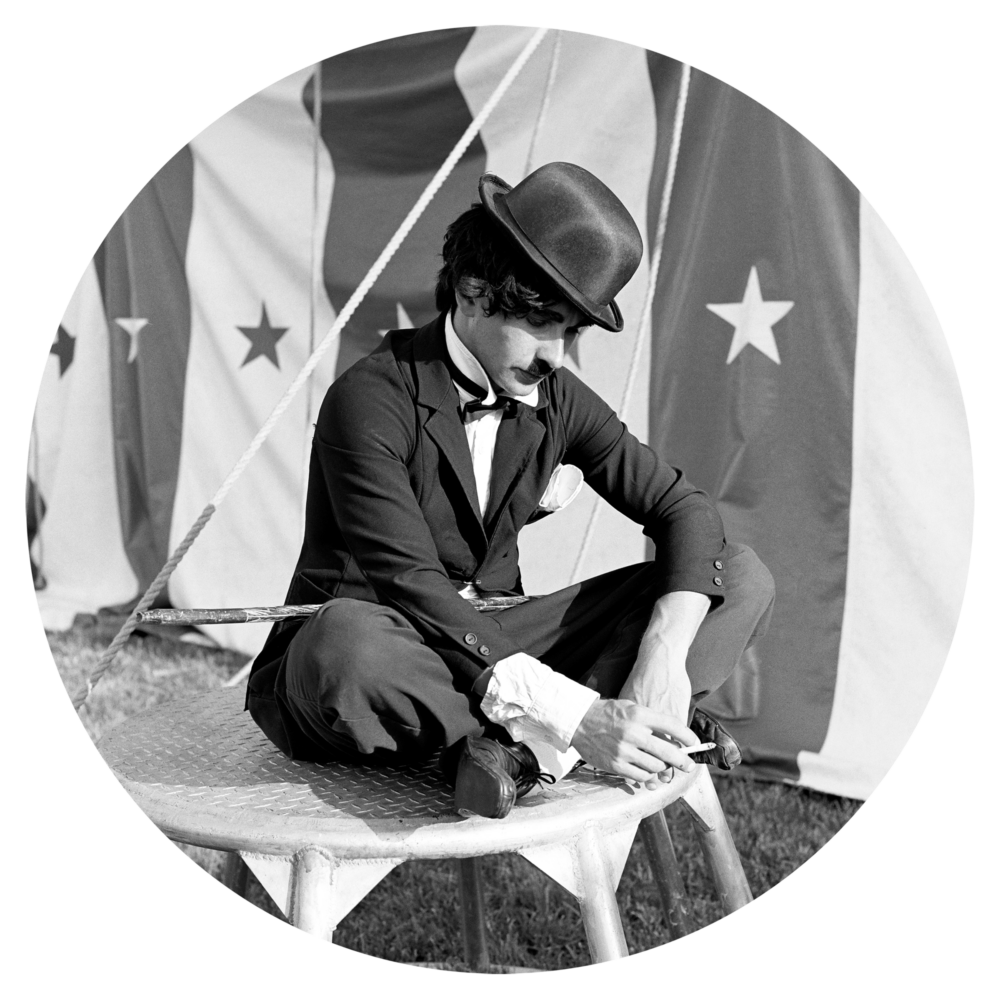 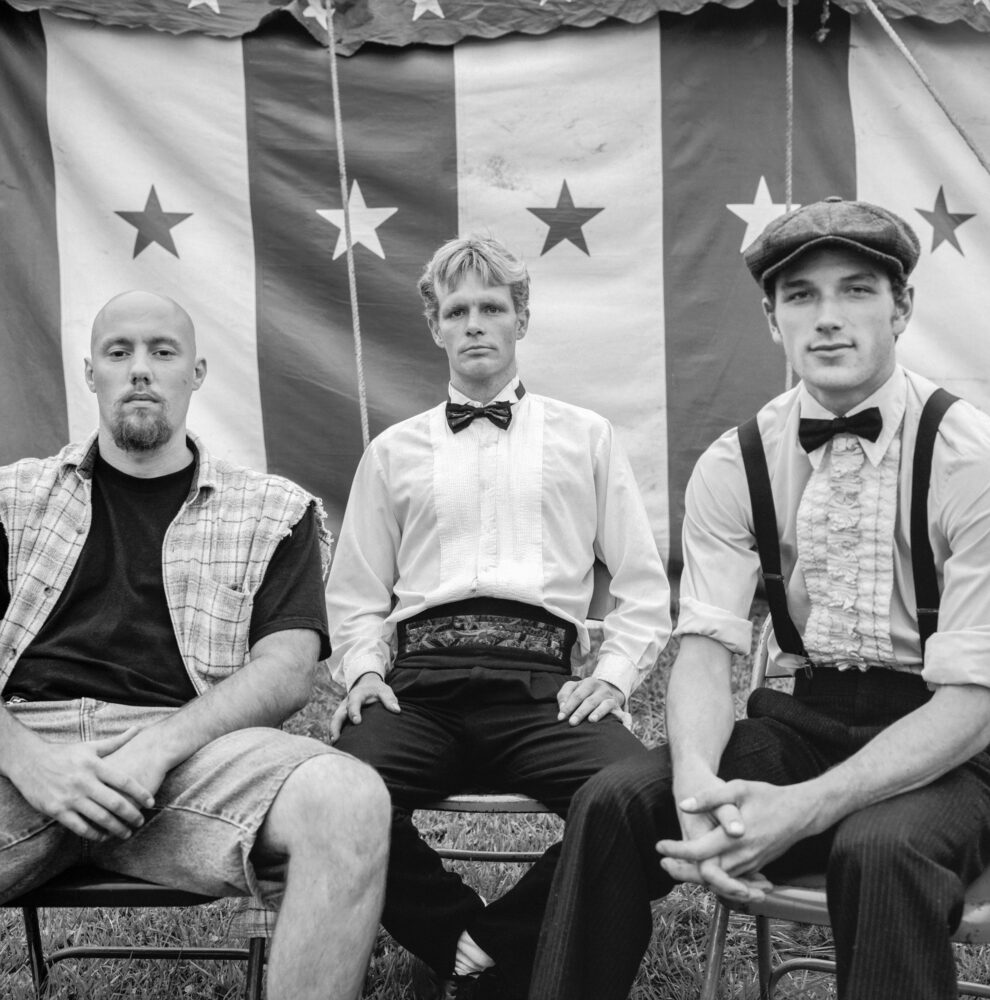 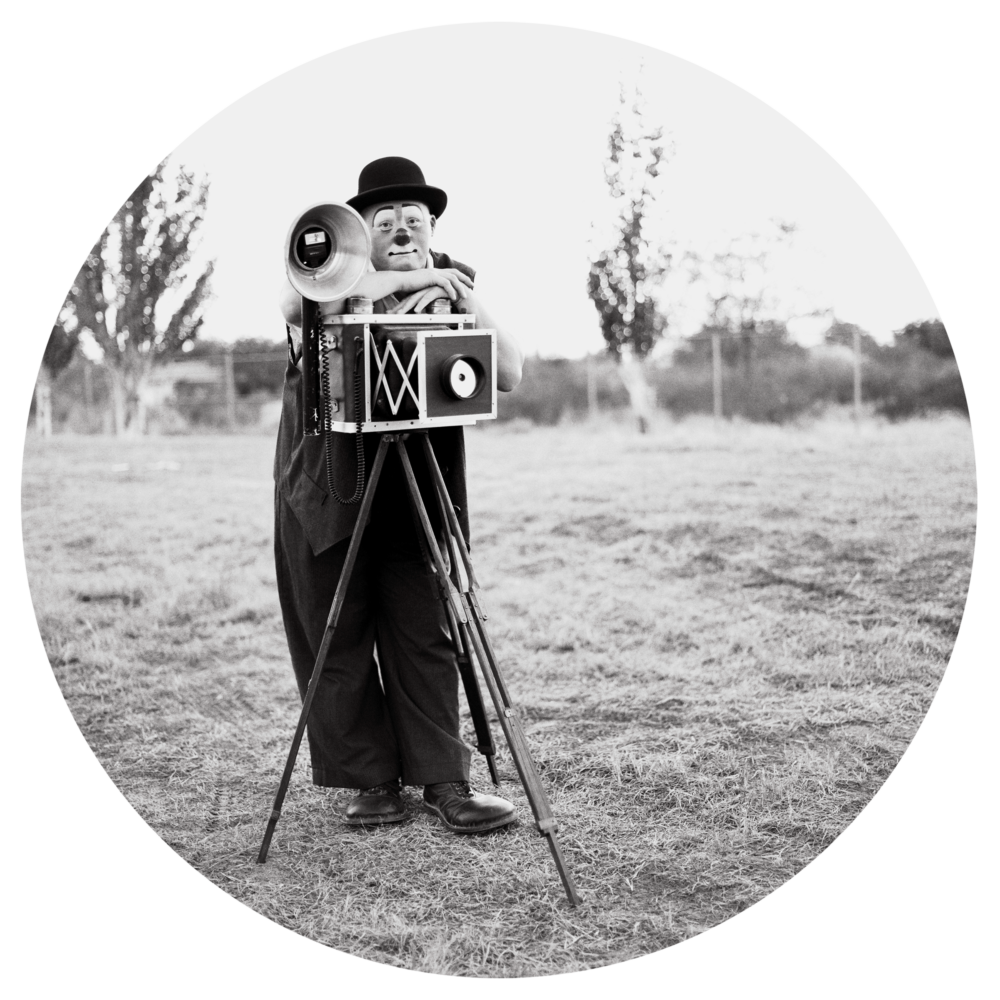 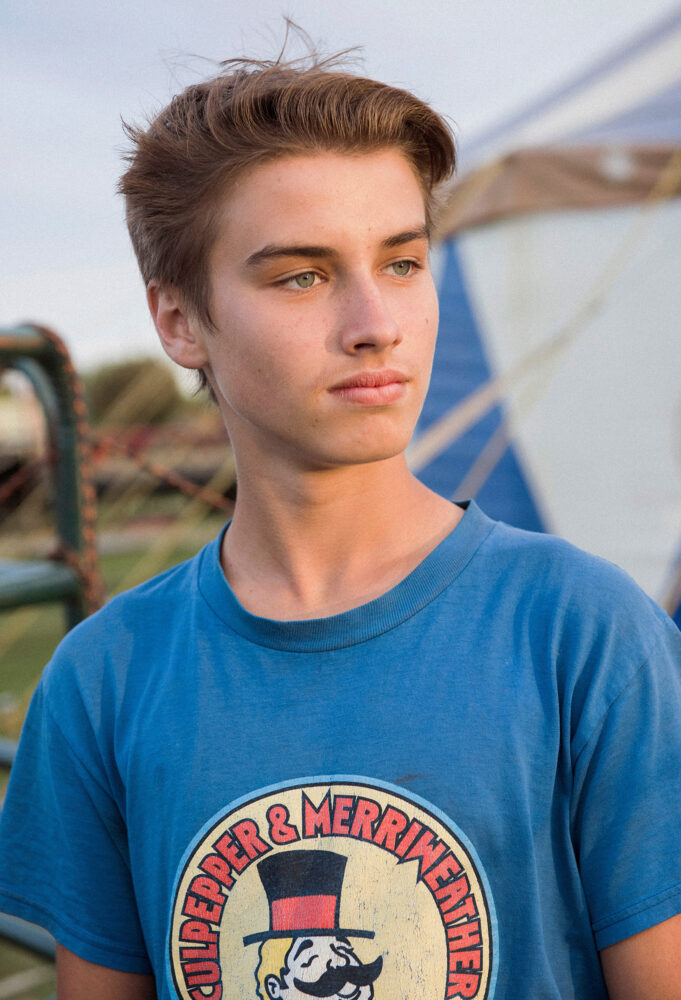 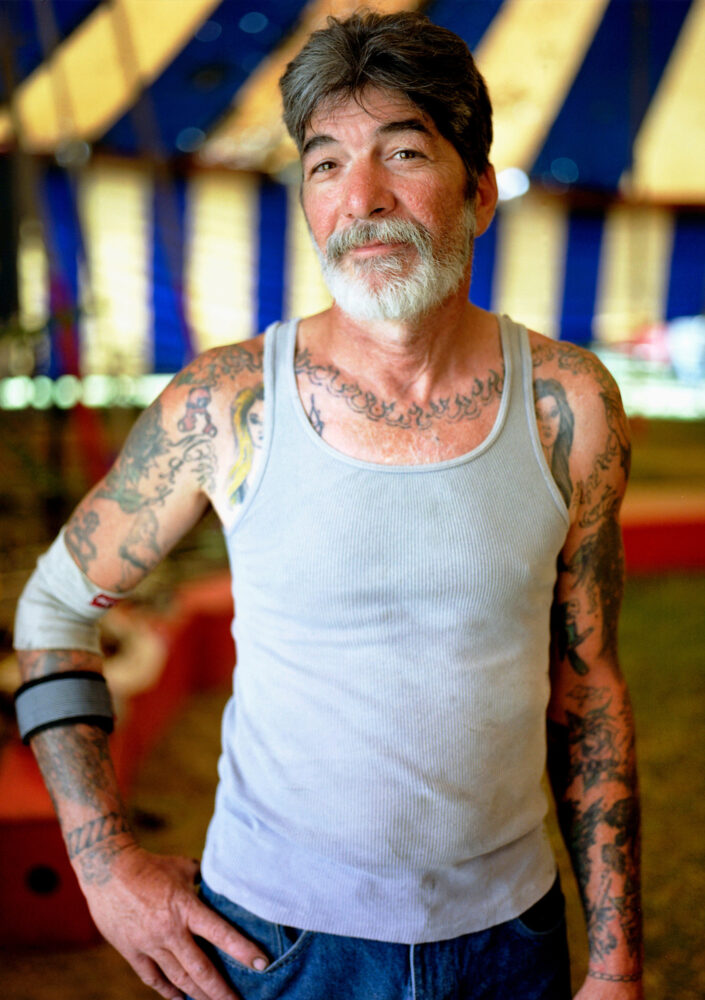 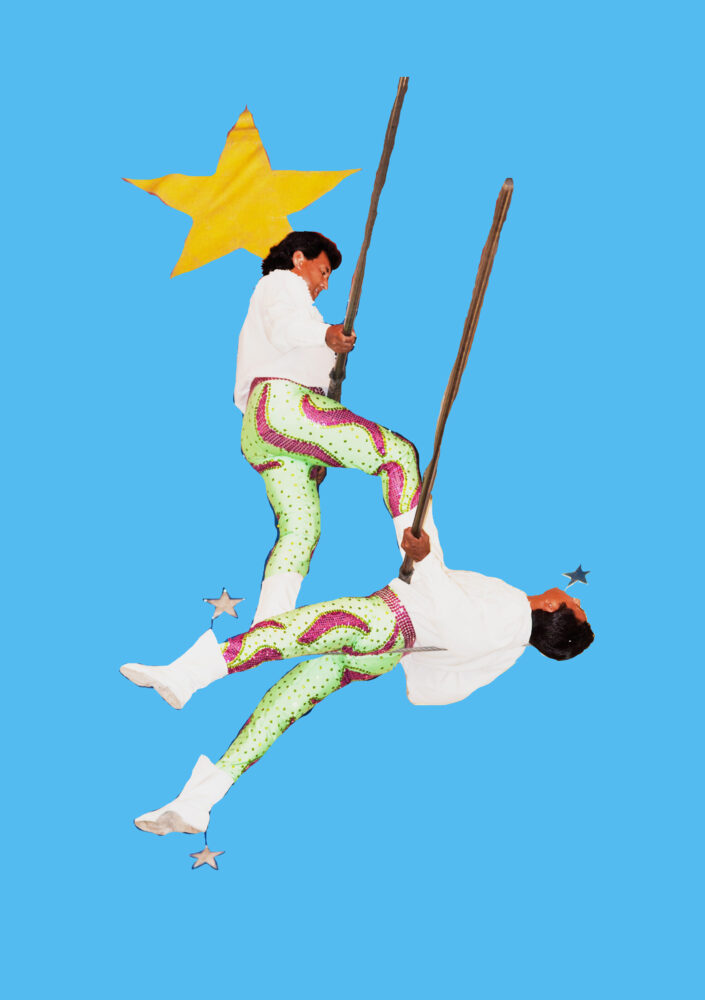 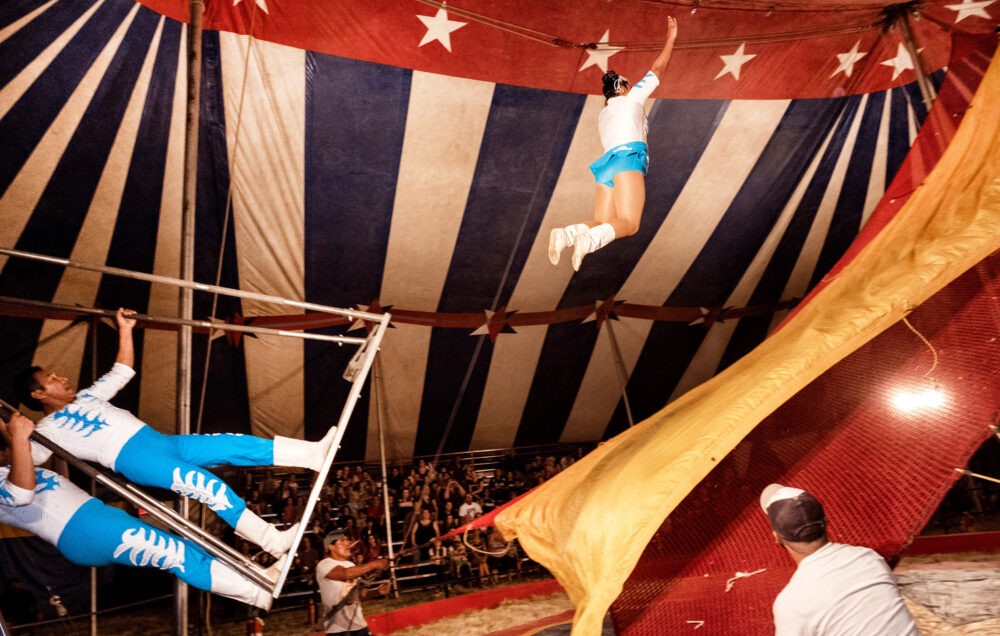 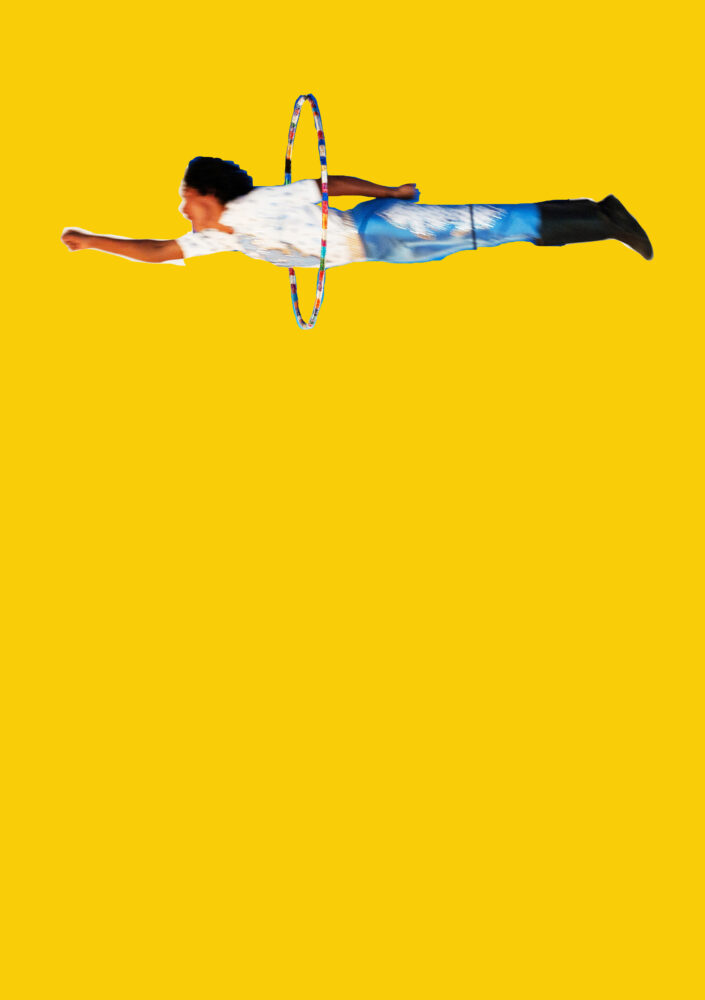 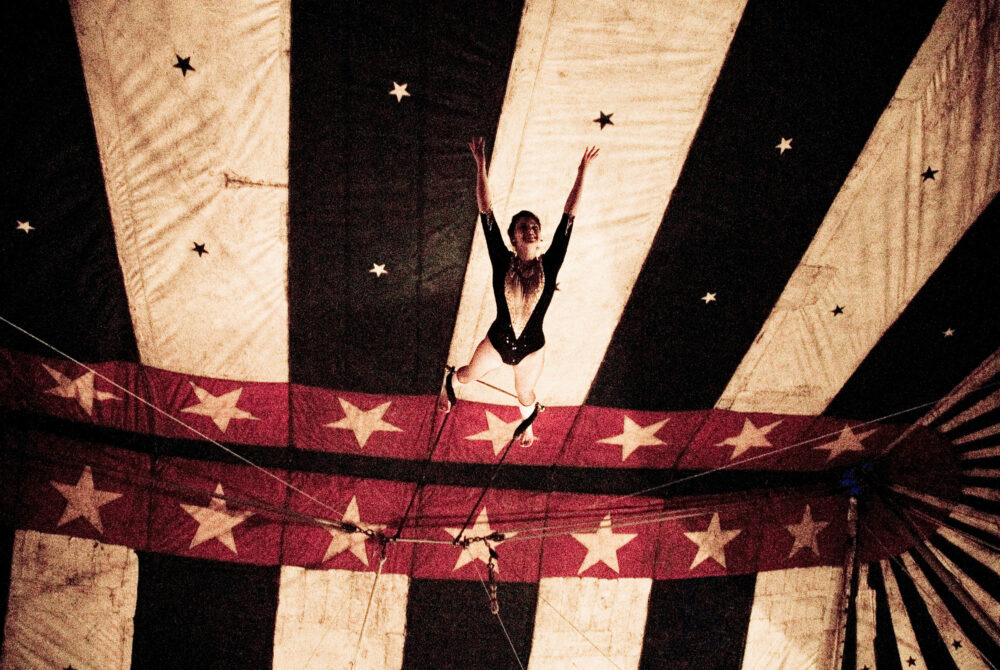 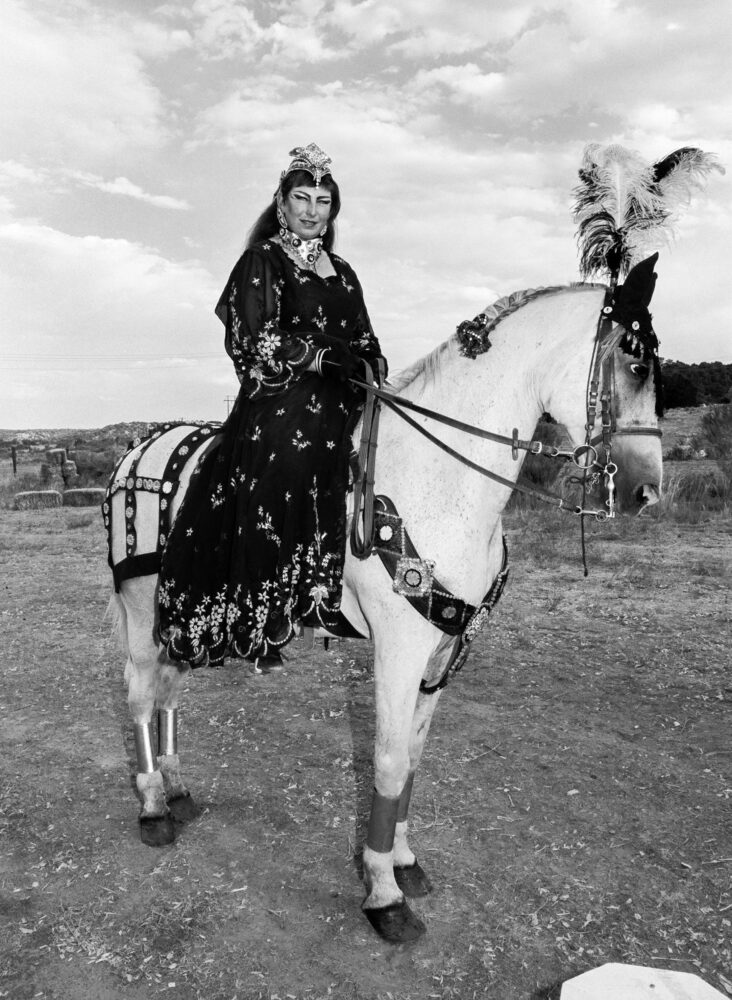 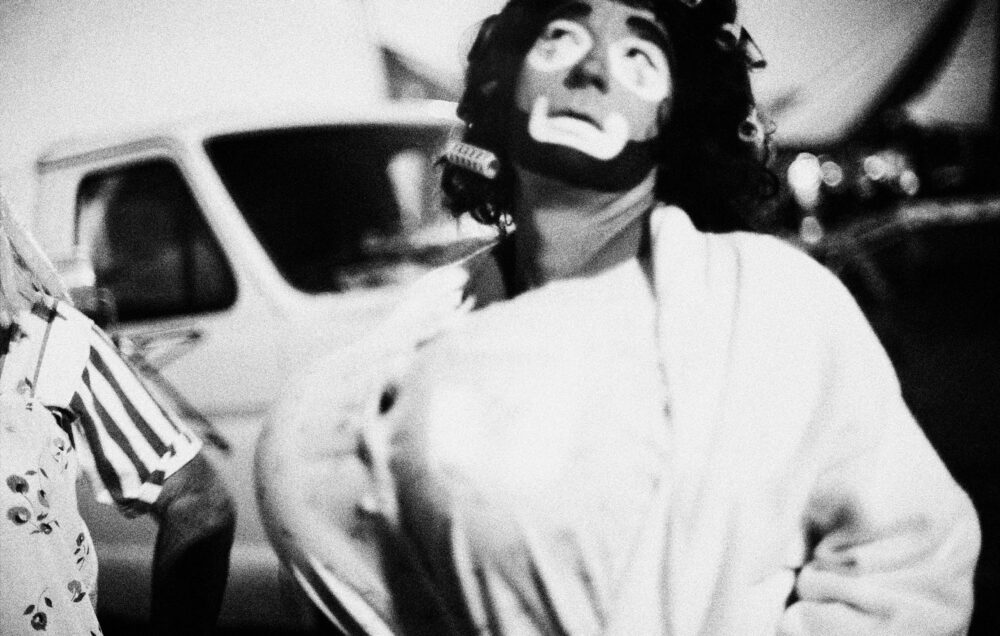 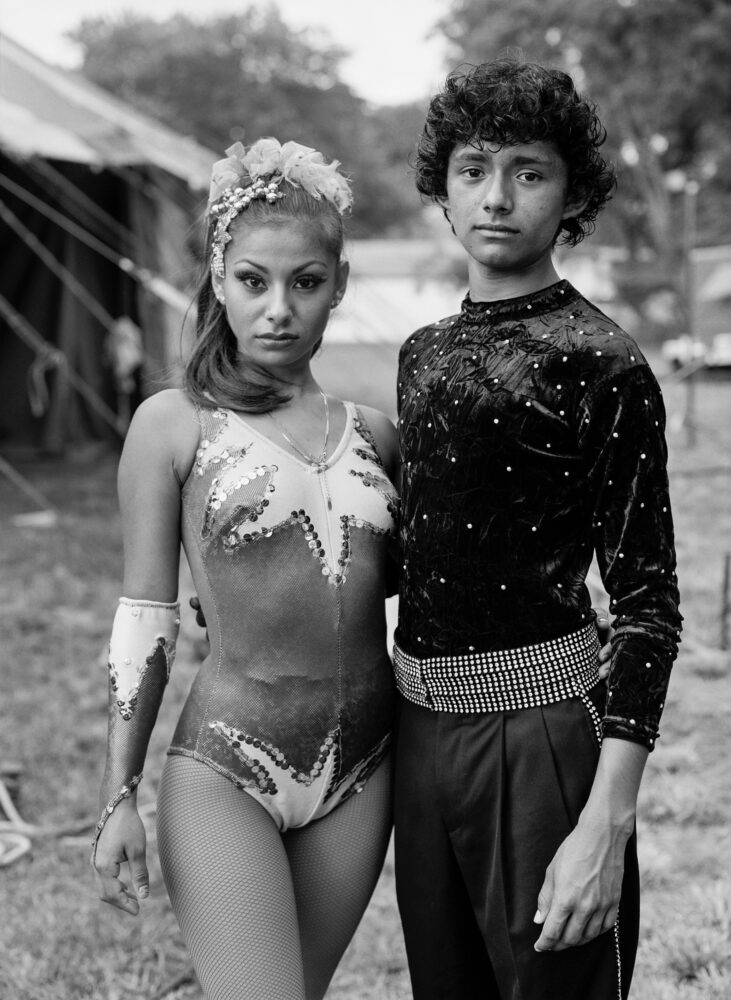 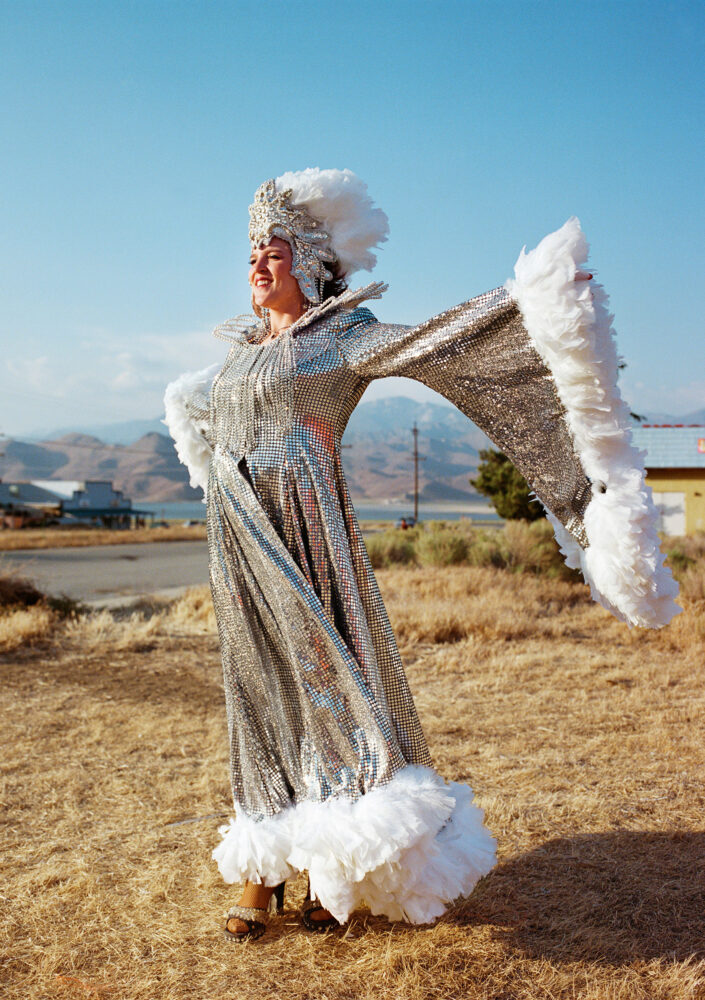 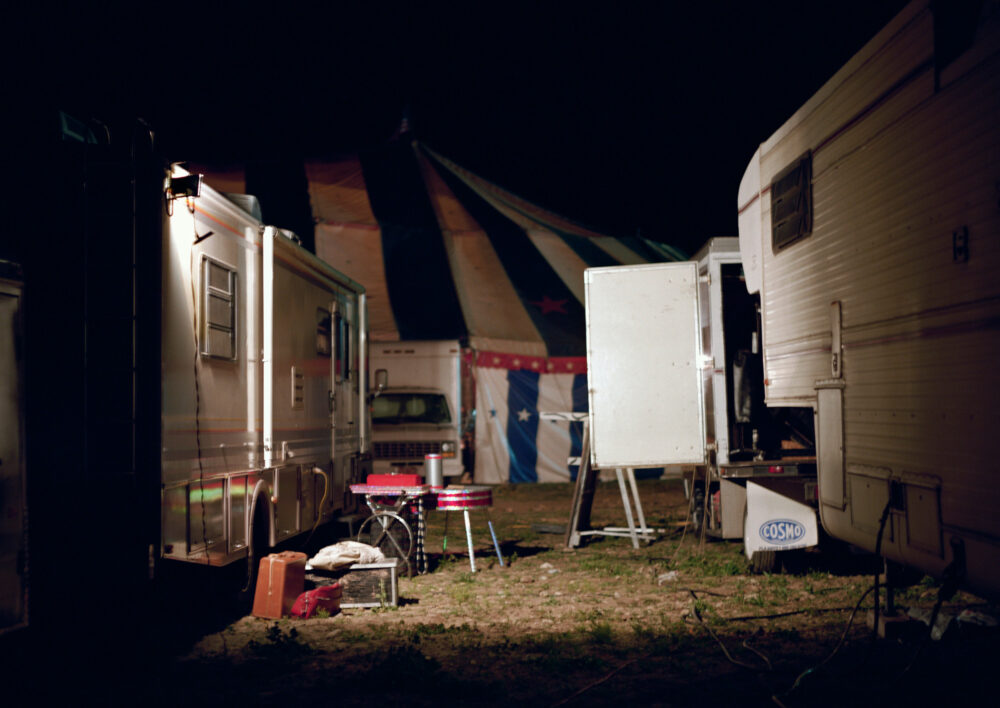 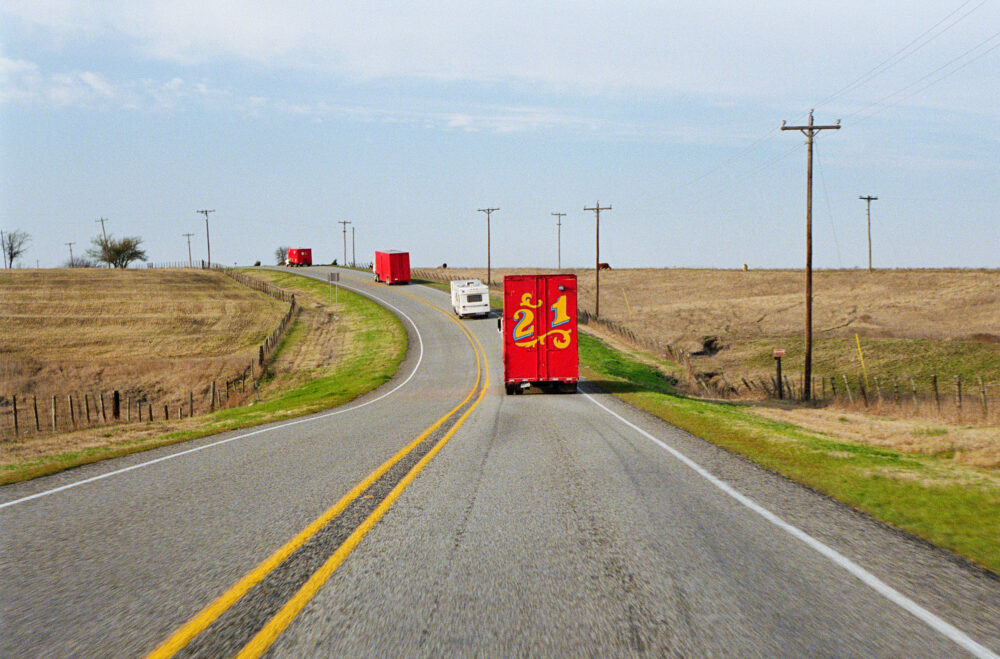 here it is again.
the same lonely feeling that creeps in every time as i watch the caravan pull away, knowing i will be heading in a different direction. alone. no matter how i know i will see them again, there is something to this feeling that the family is leaving or that the show is going on without me. the feeling of belonging to a flock, a pack, or a tribe is really exaggerated on the circus – especially this one – much like on a film set – so to see them all leave, no matter how tired of sleeping in the car or in need of a shower i am, leaves me with a bit of a pang. every time. 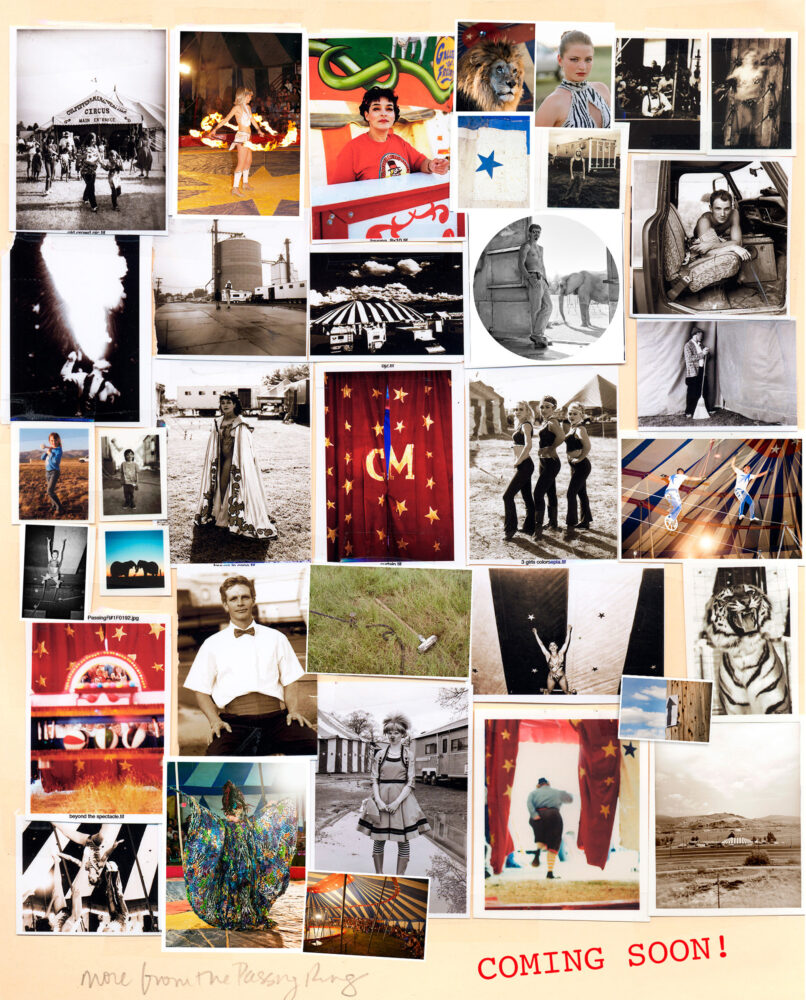